The cruiser's design honor's Project Lifesaver, a program the Sheriff's Office runs in conjunction with the Bellevue, Papillion and La Vista police departments.

Project Lifesaver provides monitoring for persons who may be at risk of wandering away. Participants are fitted with a wristband, similar to a watch, that can be used to track the person's location if they are missing.

The new cruiser is designed to raise awareness about the program, according to Sheriff Davis.

"We hope when people see it they ask the officer or the deputies driving that car about Project Lifesaver," he said.

There are currently 65 people in the program in Sarpy County. Participants include people with dementia and Alzheimer's Disease, people on the Autism spectrum, people with cognitive brain injuries and people with Down Syndrome. Approximately 30 people across the county are trained as "trackers," including law enforcement officers and volunteers.
The Sheriff's Office received a grant from the Midlands Community Foundation in 2008 to launch the Project Lifesaver. Additional grants and donations continue to fund the program, so families are not charged to participate.

The cruiser will be a working vehicle used for routine patrol for the next three years. 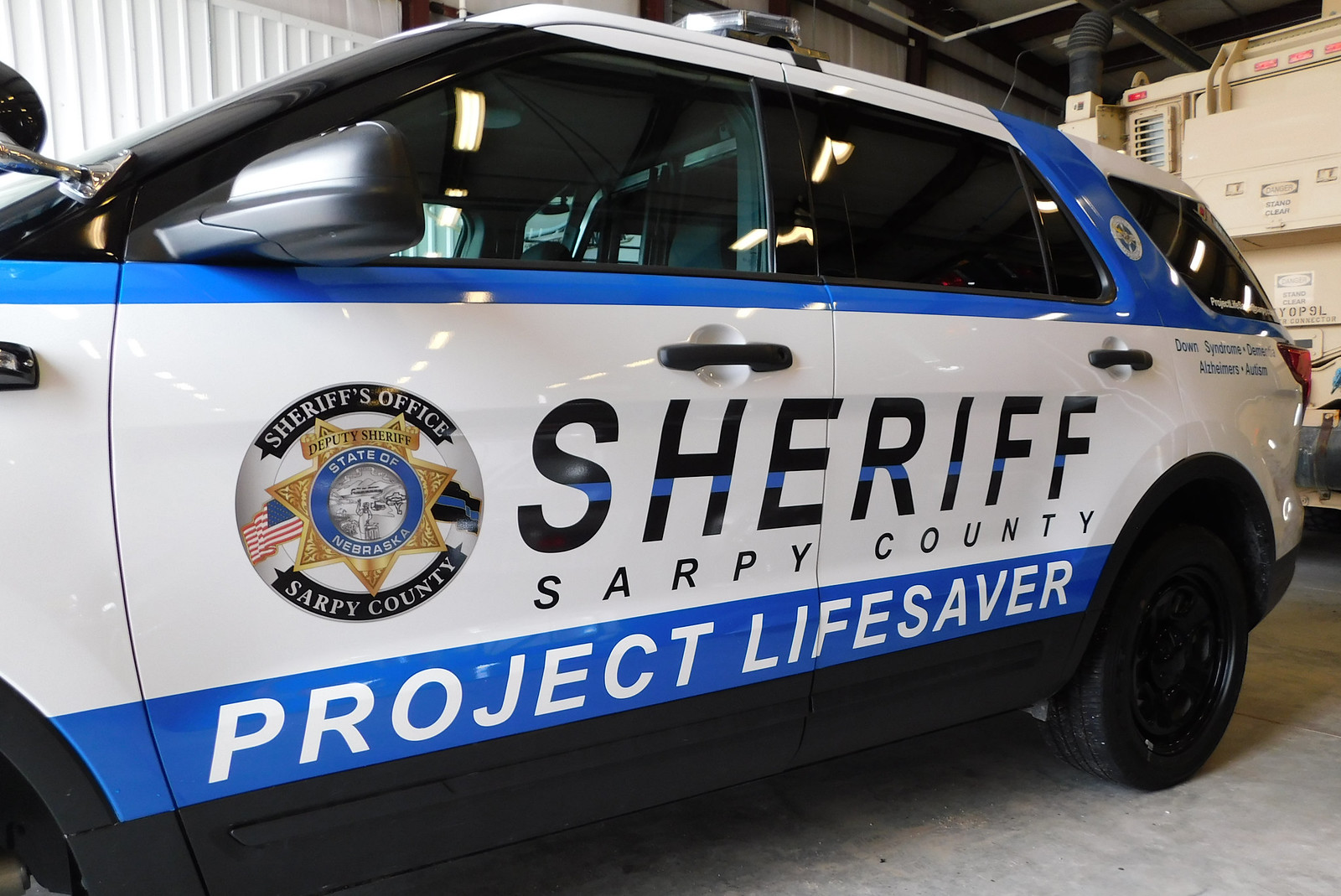